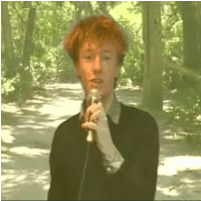 No Monster Club is the cartoonish art-pop creation of Dublin’s Sir Bobby Jukebox – an act that produces records with “the kind of tunefulness that makes a joke of so much contemporary pop music” (The Irish Times), and summery singles that have been compared to “a stripped-down, sugar high Pet Sounds” (NYLON Magazine).

Over the past few years, SBJ (often accompanied live & in studio by members of the acclaimed Popical Island collective) has toured across the world, appeared on Irish & American TV, recorded a radio session on the legendary WFMU and shared a stage with the likes of The Polyphonic Spree, Girls Names, Abe Vigoda, JEFF The Brotherhood, Juan Wauters and So Cow.

The Last Mixed Tape: “The mad scientist of Irish indie-pop… one of the most inventive and unpredictable acts on the Irish music scene.”
Everett True: “Unfettered, unafraid, purely wonderful (pure and wonderful).”
The Irish Times: “Bobby Aherne may be one of the most prolific Irish songwriters around, but his quality control remains assured.”
Barry Gruff: “Easily one of the most reliable, inventive and brilliant bands in Ireland.”
State Magazine: “[No Monster Club] will give you national pride.”
The Thin Air: “One of the country’s most precious, odd and necessary musicians…”